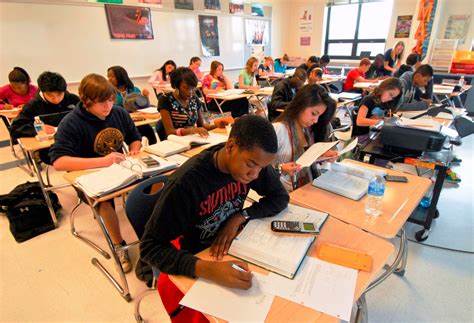 My favourite day as a teacher is results day. Firstly, because I get to see the culmination of years of work with my students. I wait as anxiously as they do for results, I’m usually first to the building in the morning (although recent years have seen me dragging an army of children behind me so a little later in than normal) hoping to see the faces of those students I’ve taught and nurtured and developed as they get their results. It’s the end to their journey, and finding out how well they have done and what the next step in their journey is, well, it’s worth all of the negatives about teaching themselves. It’s why we do the job, I think. Let’s face it, none of us do it for the status or the pay.

But every journey needs a starting point. And that’s why the first day of term is almost on par with results day. Whilst results day is full of elation (or despair!), then the first day of teaching is always filled with hope. Having taught in FE, the first day brings brand new faces, no expectations, no baggage – a clean slate if you will – regardless of the student. And, although that baggage may very quickly appear in class or that slate get dusted with chalk very quickly, there is still hope. Hope that this will be the best cohort ever. That this time…it’ll be perfect.

Of course, it never is. By October there will be some students you love, some you would gladly see transfer to another subject (in fact you may have strongly been hinting to them that you believe they have a real talent for BTEC public services or leaving application forms for apprenticeships lying around in the class) and some that you know are going to sap every ounce of sanity from you. But for one day, one glorious day in September, you have hope. And that’s the least we can ask for.

Aim: Introduce what Sociology is and what it is interested in

I don’t see too much of a difference between the first few weeks of A level Sociology and GCSE Sociology, mainly because it’s so knowledge based. As a consequence, I rarely differentiate between GCSE and A level for my introductory lessons. Of course I will have slightly different expectations of Year 10 and Year 12 (albeit that I taught GCSE Sociology as a resit class so the ages of the student’s aren’t different). Where the two specifications differ is in the higher order skills. Some may even argue with the more robust GCSE 9-1 specification that this isn’t the case. But I always start with the basics of Sociology.

Firstly: Icebreakers: Take your pick. Everyone hates them…at least that is my experience. Two truths and a lie used to be my favourite until students became more self-conscious and came up with the worst lies and dullest truths ever (I have one brother, I have two brothers, I got to college). You could do four corners on subjects, films, employment, family etc. Mini-interviews. It’s different in an FE/sixth form setting as most will come from other schools. If your class know each other from being in the same school for the past five years, there is very little point. What do you learn about them really, apart from their awful taste in music and how many pets they have? Move on quickly.

First Activity – What is Sociology?

Some students may have some understanding of what sociology is and what we study. Most won’t. For me, I like to start with a big picture question. Usually, there has been some major event over the summer and I use that to illustrate what sociologists do. For example, the Manchester bombing, Grenfell, 2011 riots have all been used to illustrate what I believe sociology to be about. Which is why? Why do these things happen? Brexit has been my go to for a couple of year now. Quite simply I will put up the event on the whiteboard and ask why did it happen? Give students a few minutes to respond, either written down or in pairs. Some will demonstrate an awareness, some will utter phrases they’ve heard in the media. You don’t have to know the technical ins and outs of Brexit to do this activity. You just need to keep asking why the student has given the responses they have. For example:

‘Why has Brexit happened?’

‘Because we want to gain back control of our country.’

‘What does that mean? Control?’

‘So how will leaving Europe help us pass laws?’

The point here is not to gain a definitive answer. What you are doing is showing the students that sociology tries to find the answers to these questions and tries to be objective in doing so. It can be challenging with something like Brexit to control certain attitudes and perhaps it is best to set down some rules beforehand. Another example could be knife crime. Give them some prompts – why do you think young people carry knives? If you keep asking why it gets students to explore the issue. After all that is what sociology is. Studying these social issues and what causes the behaviour of those people in that situation. Making it real is a lot easier to understand for students than giving them a textbook definition. You are also, in your first activity, challenging them to think critically, introducing perspectives on society and challenging them to aim high.

Create a Society – this is something I have done for a long  time, and has been used by various teachers I have spoken to. It’s an activity we did for Tutor2U’s Essential Sociology CPD course in June which is give students a scenario where they are trapped on a desert island with 100 people. They have no way of being rescued and have to start their own society. In groups, they need to answer some key questions, such as how will everybody be fed, who looks after the injured etc. It does come up with some interesting viewpoints and opinions – students either go full on communist utopia or dystopian Battle Royale / Purge (there is no middle ground – sorry for all you centrists out there). It’s good to see students thinking about issues such as healthcare, education, childcare, work and poverty. It can be a fun, yet thought-provoking activity to use.

Get student to right down three or four social issues they would like to explore. Simple, easy, get them to hand them in as they leave and you have an idea of what students are concerned about in society.

A quick Starter I liked to use was what I called ‘Cards against Normality’ – if you’ve played the game ‘Cards against Humanity’ then you’ll know how it works. If you’ve not, well you draw two cards, one is the first part of a sentence, the second is the other. For this, I separate them into a Social Context and a Behaviour. Some examples below:

The purpose is obviously to match up the correct behaviour with the correct context. Quick starter, gets a few laughs, illustrates with an example that behaviour is dependent upon social norms.

Illustrate norms and value with a ranking scheme – in this case I always get students to rate 1 as normal, 10 as completely abnormal. Types of images are below:

This image comes from a search ‘Normal Guy’ so students should rate this as a 1.

The next 2 images obviously contrast based on gender. Students may rank the female as more abnormal than the male because of their gender.

Again, a contrast between 2 pictures – what makes 2 less socially acceptable than number 1 – location.

You get the idea by now…hopefully. This illustrates to students that norms are a social construct and are dependent upon the age, gender, location, time, ethnicity etc.

Values and Values over time:

Brief description of what values are and why they are important for society – followed by asking students of values of Britain in 21st Century. Have these always been values of society?

Examples to challenge the view that values change:

50s and 60s advertising about women

The purpose is to illustrate that even our modern values have evolved over time. You could also look at cross-cultural examples – Russia’s attitude to homosexuality for example.

What is British Culture?

I used to do a variation on this about Scouse Culture – which always brought a smile to my face as I could never understand half of the cultural references despite living less 5 miles from Liverpool (maybe it was a youth thing?) – Ask student’s what they think British culture is. A3 paper, get them to mind-map in groups – without giving them a definition of culture. There will be lots of stereotypes, but you can challenge this by questioning them once the definition has been given. When was the last time they got on a red double decker bus? Last used a phone box? Do they always have fish and chips? Challenge them to come up with a new version of British culture based on the definition of ‘way of life of a group of individuals in a society’ – It’s more challenging than they think.

I split my lessons into 2 and 1. 2 on content and one on Research Methods – an example of last years planning attached below.

In this session, I would start to look at how Sociology came to exist, giving some context into the development of Sociology and why it was so important to understand. This lesson is a bit more talky but with some elements of AfL.

Starting at the enlightenment, I would see the revolutions in America and France as being the start of the social context of Sociology. New ideas that challenged the status quo. Of course, the industrial revolution and mass urbanisation in Western Europe in vital and would get students to timeline some of the key events leading up to the first use of Sociology as a term by Comte in 1838. I would also look at the work of Spencer, Marx and Durkheim as a background into the social issues. I also tend to use workbooks for these sessions that lead into Research Methods. If you have access to IT equipment, get students to do research on Marx and Durkheim. Weber is the third founding father that is a need to know for the GCSE specification, but I leave him to the following weeks. Ultimately this lesson is setting up the study of suicide in the following week (yes I know it’s not on the specification, but it is really useful for Positivism and Interpretivism).

I hope your first week goes well. Best of luck with your new students.