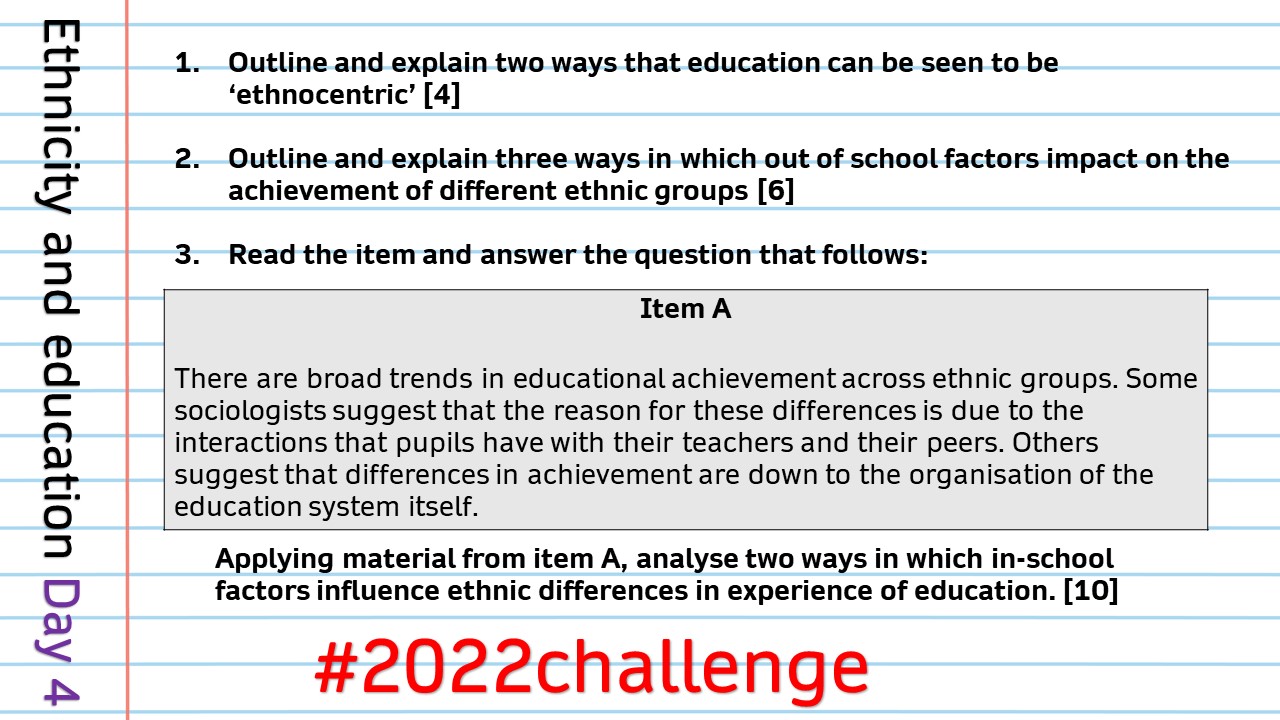 So today’s responses are up a little later than usual, but still completed. Looking at ethnic differences in education is quite a tough area of the specification because many students fall into the trap of using generic explanations rather than looking at the diversity of experiences based upon pupils’ ethnic backgrounds. As with class there is also a tendency to look at underachievement, rather that reasons why some pupils do better than others.

There is also the issue of outdated research that is based upon some pretty troubling stereotypes. Research from the 1960s about second language speakers and assumptions about family structure are often based upon ideological viewpoints (usually from the right wing) and while students may be credited with them as a view, it doesn’t do what sociology is supposed to do…that is challenge these stereotypes. Anyway…off my soapbox and here are my responses…

The video walkthrough will possible be up tomorrow morning rather than this evening – it’s taking a lot longer than usual to upload, but it will be there at some point over the weekend. Tomorrow would normally be a rest day in the challenge, but I started on a Tuesday, rather than a Monday, there is a bonus round of sorts. This one is a bit of a mixed bag – bit of policy, bit of functions, bit of inequality – just to round off the first week. I will post the answers to these on either Sat or Sunday with the first questions for Week 2… on Theory and Methods.