Skip to content
Posted in For Teachers, Teacher Zone 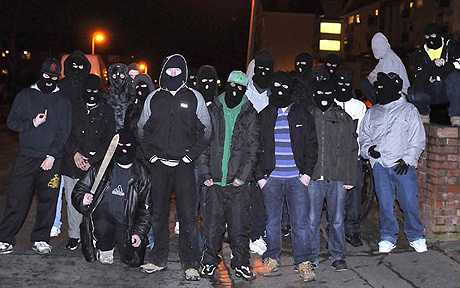 I’ve mentioned in previous posts that I am a fan of staged repetition and spaced practice. For those of you who aren’t aware of these concepts, staged repletion is based upon the idea that it takes at least three attempts for information to sink in, whilst spaced practice suggests that continuous revision of material over a period of time is more effective than cramming for days before. As a consequence, I tend to go a little faster in my delivery in order to facilitate this repetition. But there are ample opportunities for developing synoptic links with theories and ideas in the AQA Sociology specification.

One such example is the Functionalism and Crime. So far I have explained how I would deliver Durkheim and Merton and their views on crime. One lesser know piece of research that allows for the development of synoptic links is Hirschi’s idea of Bonds of Attachment. That is what I cover in Lesson 3 of the second week.

Aim: Outline and evaluate Hirschi’s Bonds of Attachment linking to themes from education

Start the lesson with a recap. A quick board blast of the Functionalist concepts discussed so far. The key ones to highlight here are Durkheim’s ideas of collective conscience and boundary maintenance. Of course, students should be able to talk about others and a brief bit of probing questioning should get them to elaborate on what they have learnt so far – when discussing boundary maintenance though, it is important to pause and ask the question – What happens to those that don’t believe in the collective conscience? What happens if the norms and values don’t represent what they believe? What happens to those rejected from society? This is the idea behind Hirschi’s idea of Bonds of Attachment. Those that conform, don’t commit crime. But what happens to those that don’t?

The links between criminal behaviour and education can be drawn out of students here. Who is most likely to fail? Join anti-school subcultures? Feel isolated in society? Why? I use lots of questioning and then getting students to see the bigger picture. One of the tasks I repeat is get student to update mind-maps or visual plans of a theory. They can add Hirschi’s ideas into that. There is also an exam style question on the Pdf to check learning.

Get students to recap on their knowledge of Subcultures in Year 12. Lots of them should be able to identify some of the reasons why sub-cultures form and perhaps students have heard of the concepts of status frustration before. If not, they certainly recognise it (at least from my experience of teaching in FE). As a discussion item, allow students to consider what happens to those in anti-school sub-cultures. Where do they go post-GCSE? What are their opportunities? How do they feel having been rejected? A little exposition on Cohen’s ideas of Status Frustration seems to act as a lightbulb moment for some students who may have suffered those frustrations themselves. Discuss the ideas of Alternative Status Hierarchies – most will recognise students in their GCSE classes or below that have conformed to this. Talk about the processes – this is useful for analysis. How does somebody go from being rejected to crime? Lots of students seem to understand this is the context of education, but taking it onto the next stage of criminal behaviour really adds to their understanding of the ‘bigger picture’.

Similarly with Cloward and Ohlin, ask students what happens to those that fail. What opportunities do they have? There are lots of cool clips that can be shown here (particularly for criminal and conflict subcultures) – Goodfellas, Sopranos, Boyz in the Hood, New Jack City, The Wire, Requiem for a Dream (be careful!!!) look for sections where characters are initiated into a subculture, lack of legitimate opportunities leaves them with little alternative but to conform to gang culture. I find this lesson whilst discussive and not a great one to be observed on, really gives students an understanding of why some people turn to crime.

As a form of AfL (Assessment for Learning) there was a 10 marker on the 2018 Paper 3 which is really useful as it almost explicitly references Cohen and Cloward and Ohlin. 15 mins on that question should leave students feeling fairly confident.

Good luck with your teaching and next week I will look at Miller, Matza and Marxism.